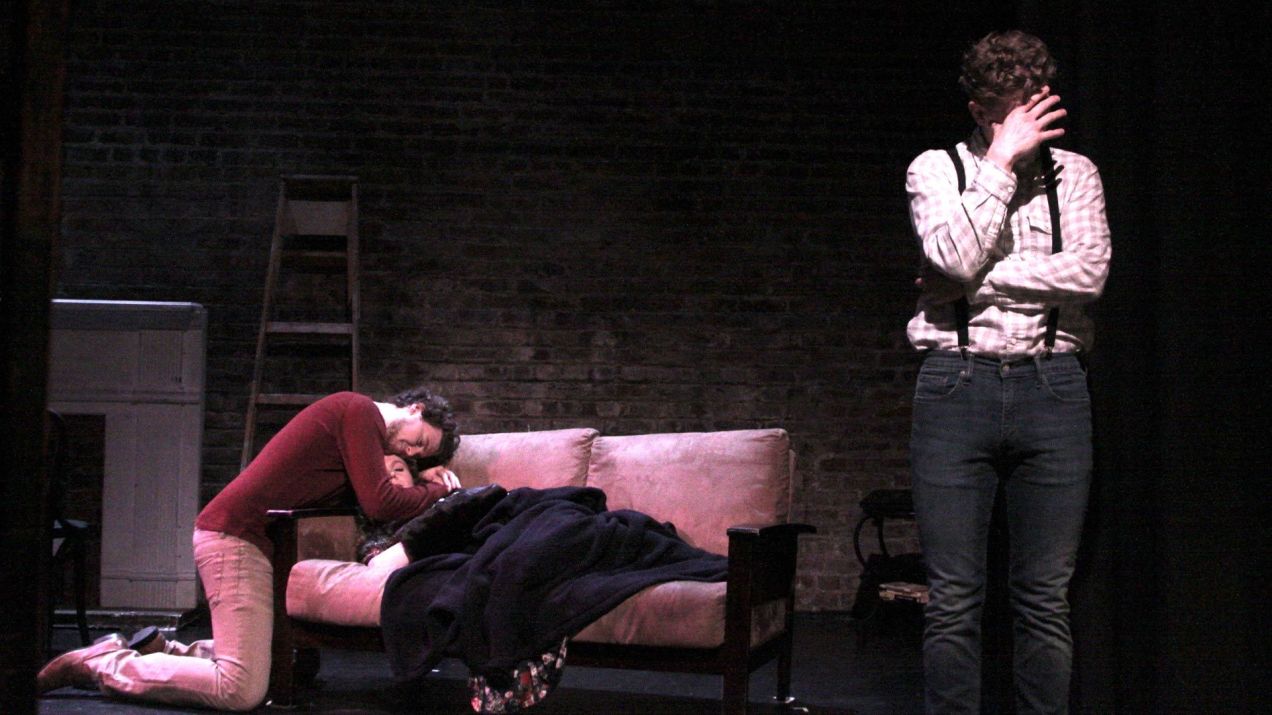 It’s a scene straight out of the headlines: Six artists living in San Francisco’s Tenderloin district sitting in their living room, optimistically trying to scrape together their overdue rent.

Now imagine they’re singing about it in Italian.

A full 120 years after Giacomo Puccini’s opera La Bohème premiered in Italy, San Francisco’s chapter of the high-art-made-accessible company Opera on Tap has reimagined the story, setting their production in modern-day San Francisco. For the local singers performing La Bohèmeat the Tenderloin’s EXIT Theatre, the scene couldn’t be more timely.

“We are all artists who are struggling with trying to make ends meet in a very expensive city, and that’s exactly the story of La Bohème,” explains Indre Viskontas, the founder of Opera on Tap’s San Francisco chapter, who co-manages with four other “divas.”

Viskontas identifies the Tenderloin as a neighborhood where “you can bump into people who are in the tech industry, people who are awash with money, but also people who are really struggling, and just people in general who are really interested in creating something that will change the world… We thought that our audiences would get captured into the spirit of [La Bohéme] just walking up to the theater.”

But if one can relate to struggling artists, can they relate to opera? This is where Opera on Tap, a national organization with chapters in major cities from Brooklyn to Berlin, is determined to change audience’s minds. “You don’t have to be a millionaire white dude who is in his ’60s to like opera,” says co-managing “diva” Jessie Neilson.