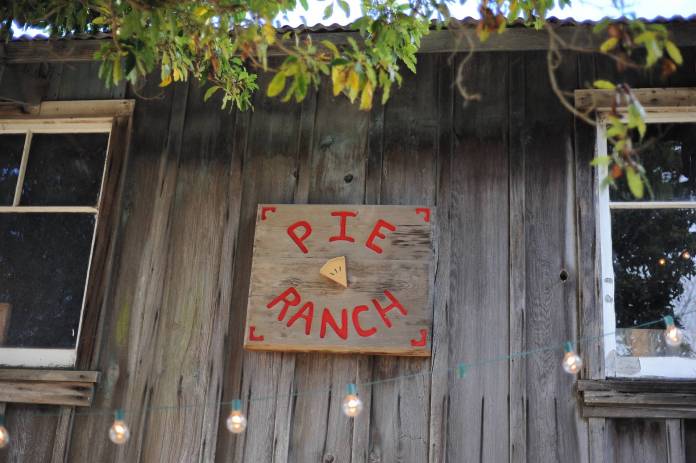 While driving along the coast on Highway One between San Francisco and Santa Cruz, you may notice signs for pie and coffee popping up around Pescadero and Año Nuevo State Park. These hand-painted clapboards belong to the aptly named Pie Ranch.

However, pie and coffee enthusiasts should know that Pie Ranch was actually named by the founding partners: Nancy Vail, Jered Lawson, and Karen Heislerfor for the pie slice-shaped land it fills; and that the coffee for sale at its farm stand is primarily in the form of whole organic beans.

So, why the signs? “We hope that people will stop at Pie Ranch for a sweet treat, but leave with a lot of food for thought,” said Pie Ranch staffer Simone Albuquerque. We all have our own pie memories, however as a non-profit, Pie Ranch offers new connections as it strives to create a healthier food system through youth education, farmer training and regional partnerships.

When was the last time an animated GIF left you breathless? (And not just because you were laughing so hard you couldn’t breathe.)

Whether you pronounce the file format with a hard G or a soft J, the medium is undeniable. GIFs often feature a series of still images ripped from popular videos to create an animated loop. The result is easily shareable and usually hilarious, but rarely an example of fine design.

This is where Joe Alterio and Tim Lillis hope to challenge your idea of what the internet should look like. The designers created Primer Stories in 2015 to share thought-provoking articles that integrate text and visuals for an interactive dual narrative. Based in San Francisco and Seattle respectively, Lillis and Alterio both draw inspiration from the Bay Area’s fusion of art and tech culture.

Lillis says, “We’re here at a time where there’s so much happening on the web and there’s a lot of excitement about new technologies and new techniques for storytelling, but at the same time there’s also a lot of sameness, there’s a lot of homogeneity.”

Building an editorial website on the West Coast, far from the publishing centers in New York City, D.C. and Boston, Alterio feels that Primer Stories has enjoyed more freedom to experiment and create a unique digital storytelling platform.

Eco-Conscious and Good Looking to Boot, the Art of Furoshiki 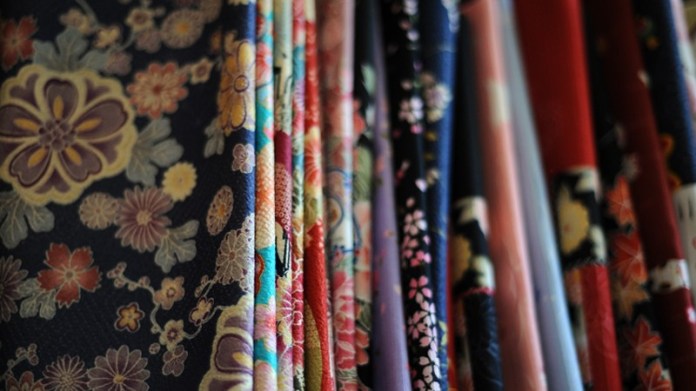 In Japan, before mass-produced plastic bags took over, a square of cloth served to wrap purchases of varying shapes and sizes. What the Western world may have derided as a “hobo bundle,” was elevated to a visual art, using traditional Japanese cloths called furoshiki.

Pronounced fu-ro-shkee, this cloth and its historical uses can be traced through the word’s etymology: “furo” means bath and “shiki” means mat. In communal Japanese bath houses, many people brought a cloth with them to wrap up their items while bathing and to use as a mat while getting dressed again.

Throughout the years, folding and tying furoshiki has become an art form in itself that demonstrates the utility and elegance of Japanese design. A traditional furoshiki represents thousands of different ways to wrap almost any object, with different colors and designs conveying unique meanings.

A red furoshiki is considered ideal for happy events, while cooler colors like blue are traditionally used for sad occasions. Muted earth tones are chic.

In Japan’s post-World War II economic boom, furoshiki came to be seen as troublesome and old fashioned. Plastic bags were invented in 1965, eclipsing paper bags in the 1990s. And due to its wrapping culture, Japan has been singled out over the yearsas disproportionately contributing to plastic bag waste by individually wrapping items.

Today, Japan’s Ministry of the Environment hopes to bring this resourceful practice back as a way to reduce plastic bag waste. Beyond being eco-friendly, these stylishly tied cloths represent a different way of thinking.

Vipada Wongpatansin, a San Francisco jewelry designer at CinqWorkshop, sees parallels between the aesthetic qualities of furoshiki and her life as an artist. “I personally relate to furoshiki for its simplicity and function,” Wongpatansin says. “Beyond efficiency, the aesthetic is both organic and modern all at once.”