The following is an article I wrote in 2013 about Iceland’s Extreme Chill electronic music festival while interning for the Reykjavík Grapevine. Thanks to the Panama Papers, things are not “extremely chill” in Iceland at the moment. The beats you’ll hear in Iceland today are the beating of pots and pans outside government buildings protesting the deceit and corruption of the prime minister.

Make sure to follow the Reykjavík Grapevine for up to date coverage of the protests in Iceland. If you need some “Snæfellsjökull Healing” (like Marvin Gaye’s “Sexual Healing”) read on and harken back to chiller times.

Armed only with rumours that I would most likely encounter cold weather and people doing A LOT of drugs, I headed for the fourth annual Extreme Chill Festival bundled up in my warmest gear, haunted by visions of neon booty shorts and glowsticks. What I didn’t expect to find was a warm and welcoming group of electronic musicians and fans communing with nature under Hellissandur’s mystical glacier, Snæfellsjökull.

It all began with a stop in Grundafjörður to plant a tree. The Sterna bus we took to Snæfellsnes doubled as a guided tour of the Snæfellnes peninsula, and when it stopped I woke up in confusion. A guide invited passengers off the bus to plant a birch sapling in a community garden that we christened “Little Chill Fest” in honor of our final destination.

Thanks to the tour guide, I soon realized Hellissandur was near Ólafsvík, the birthplace of my great great grandmother, Ólína, whom I share a name with. She emigrated to Canada near the turn of the 20th century during a famine, and tragically lost contact with her sister. As the first Ólína to return to Iceland from our family tree, I have reconnected with her sister’s offspring but had yet to make the pilgrimage to her hometown.

This is when I first began to sense the pull of Snæfellnes’ glacier, Snæfellsjökull. It is this same glacier Jules Verne made famous as a portal in ‘Journey to the Center of the Earth,’ and the same glacier my great great grandmother undoubtedly saw many times in her early life, and while, the distinctive twin peaks of the 700,000-year-old ‘jökli’ were hidden by low clouds, there more than enough scenic views to go around.

Calm before the storm

We set up camp in a grassy field near a corral of friendly Icelandic horses that came right up to the fence to watch the first tents pop up. A group had already established itself at the far end of the site, with eight smaller tents surrounding a covered communal area complete with a voodoo skull planted on a stake. Despite the skull, the group was incredibly welcoming and explained they had come together to honour the memory of a recently passed friend who had brought them all together. As the campsite began to fill up, car stereos pumped muffled beats and a small colony of nomads formed and spread out along the banks of a small stream.

Up the street from the campsite, a few Extreme Chill posters pasted to covered windows identified Röst, a modest venue with all the necessary amenities including a sizable stage, a projection booth and acoustic wood panelling. Inside, electronic music pulsed along to visualizations from the surrounding environment: snowy roads, rushing waves, craggy rocks and grassy fields. Tea candles and incense burned on tabletops surrounded by chairs. The overall effect was more calming than raving. Throughout the festival it was common for the crowd to sit or lay-down, some even practiced yoga near the front of the stage.

According to Árni Grétar, a.k.a. Futuregrapher, Extreme Chill is unlike any other electronic music festival because of this spiritual element. While violent fights are common at many Icelandic festivals, Árni maintained Extreme Chill attendees “don’t want to destroy themselves or others.” Which is an atmosphere the controlled number of attendees, purposefully capped at 400, helps maintain.
However, this is not to say the festival was lacking in moments of intensity. The second day in particular featured the eerie stylings of father-son duo, Stefán Finnboga Péturs; the heavy beats of the Swiss artist Mimetic, and the hardcore dance rhythms of 101 Reykjavík’s Future-grapher and Maggi Lego.

I talked with one of Extreme Chill’s organisers, Andri Már Arnlaugsson, at Kaffi Sif, where performers and attendees congregated over beers and hamburgers. As we sat on the outdoor deck, he explained the festival’s rigorous selection process: “We seek out performers with a stage presence. Nobody wants to see a guy standing behind a MacBook. Enough of that already.”

Acts like Úlfur, Modesart and Samaris featured live instrumentals, most unconventionally with Tumi Árnason on saxophone. My only criticism would be that with the exception of Jófrí›ur Ákadóttir and Áslaug Rún Magnús-dóttir of Samaris, the festival’s line-up was overwhelmingly male. Overall, the festival successfully highlighted some of the best experimental electronic music in Iceland while attracting big foreign names. Unfortunately, Le Sherifs from Egypt were unable to make it due to political unrest in Cairo.

In the past outdoor sets were extremely popular in the sunny weather, however, I chilled myself to the bone listening to Mixmaster Morris in the cold. The master lived up to his name as he mixed CDs live like a psychedelic gorilla, pacing behind the table in tie-dye pants and a sweater with large black sequins that swayed to the beat. The misty gray setting was a nice juxtaposition to a masterful sampling of Rhye’s lyrics, “It’s one of those pretty summer, summer days. Just a tiny one,” before I headed back to Kaffi Sif for a warm cup of tea.

After the official sets ended at around 3:00, the party continued at the campsite. Local kids took matters into their own hands, appearing over a ridge shuffling under the weight of large speakers. On Friday night the biggest tarp I’d ever seen was turned into a pop-up techno teepee with the help of a few pieces of wood. The party continued well into the wee hours until the wind ripped the tarp off the ground and the structure collapsed.

Strangely enough, sleeping through this 24-hour dance party was easier than you would expect. It was only when the music stopped around 8:00 in the morning that I would wake up with a start. At Extreme Chill your body becomes accustomed to a constant, persistent beat and without it, you become suddenly lost. Luckily it usually wasn’t long before someone else’s stereo would take over the metronomic duties.

On Sunday a blue sky peeked through the clouds and I hoped to get a better look at Snæfellsjökull, but the winds were not in my favour. Until my next journey, this glacier will remain clouded in mystery. But as Futuregrapher said, “It is beyond man to understand, but for man to feel,” which sums up most of my experiences at Extreme Chill this year. 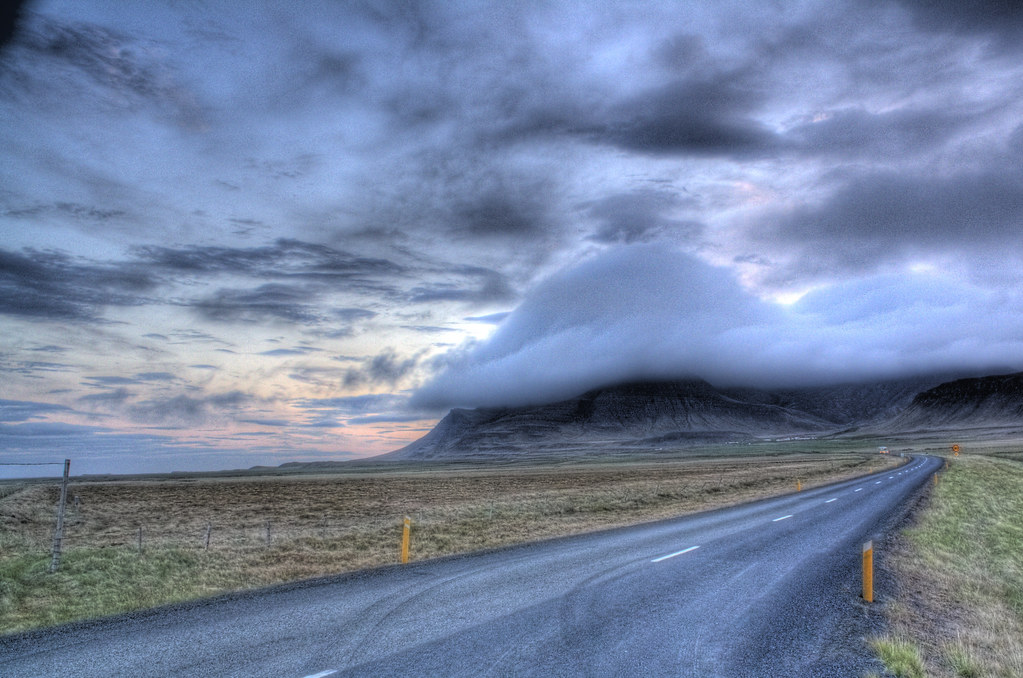