After driving into Yellowstone park in the middle of the night and cuddling my bear spray all night long, I had no idea what to expect upon waking up. I know it definitely wasn’t Philip telling me we had to move our tent because the campsite we had snuck onto was reserved for the day.

Luckily, the nice folk who worked at the Madison campground were able to find us another reservation at the Bridge Bay campground. After setting up our tent and making breakfast, Philip and I set out to take in the park. Driving past Yellowstone Lake, it was hard to believe that what we were seeing was real. 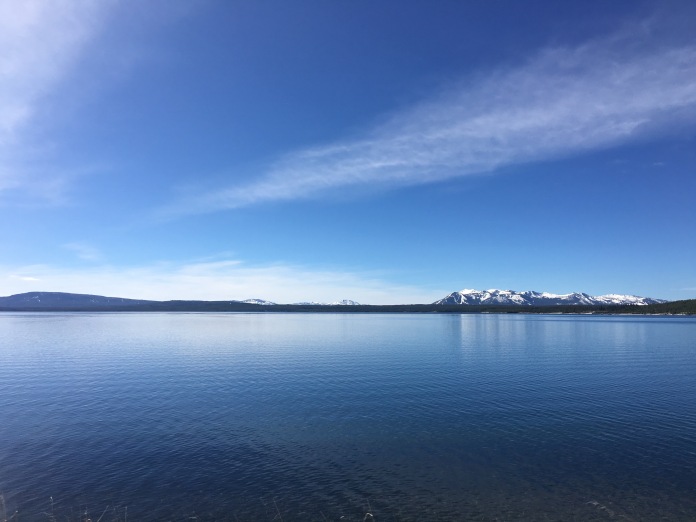 And it didn’t become any more real after we saw our first bison. They may look like lumbering creatures, but the alacrity with which they crossed this river, proved just how swift they really can be. 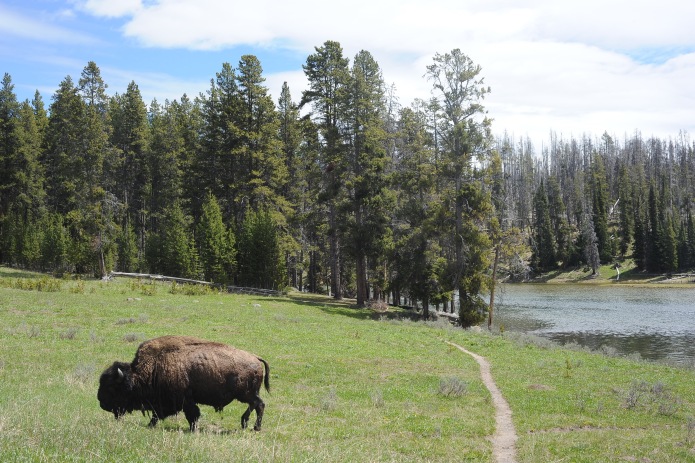 There is nowhere else I have experienced such wide open expanses. What struck me most about Yellowstone was the grand scale of this wide open nature. You really did feel closer to the clouds at this elevation. 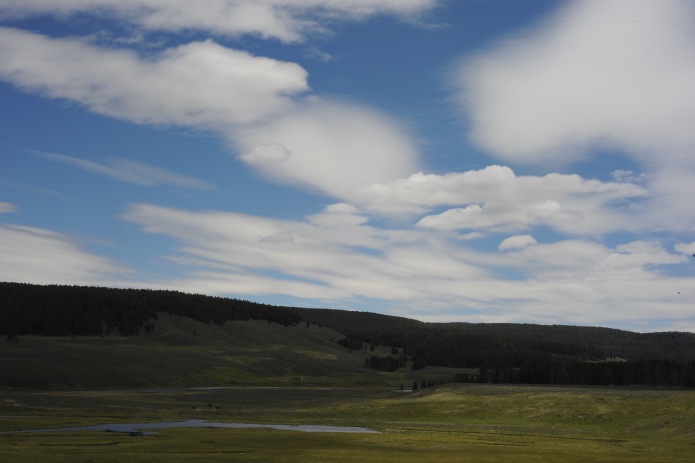 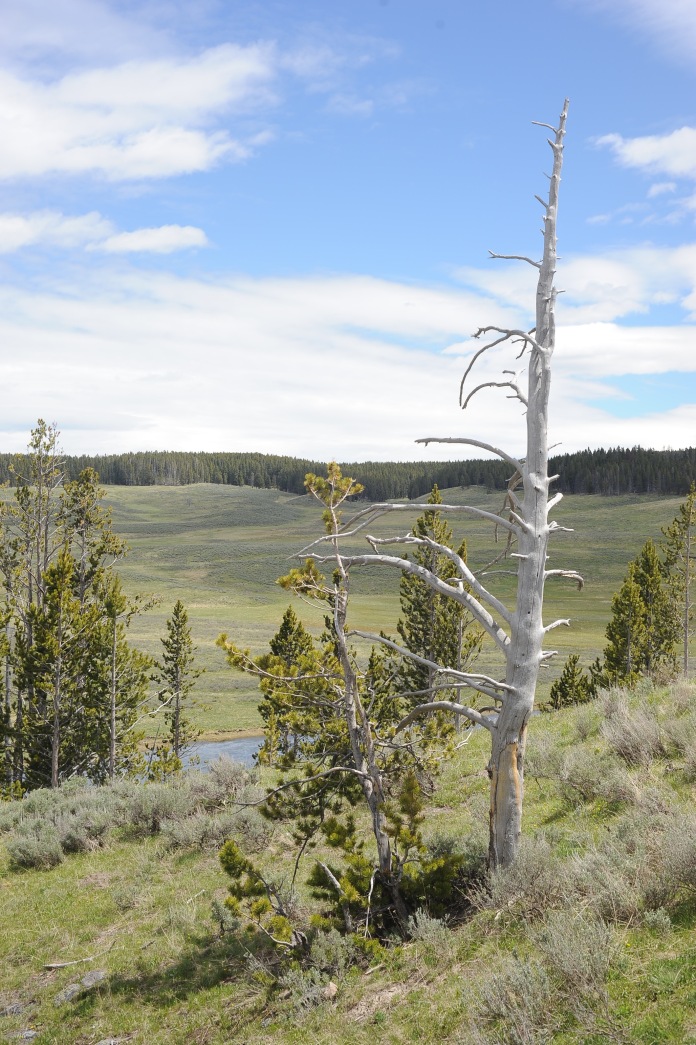 Our first hike was a loop through the back country starting by Artist Point at the rim of the Grand Canyon of the Yellowstone, where there are beautiful views of the falls.

In the back country they tell you to hike in groups of 3 or more, make noise and carry bear spray. Thinking about all of this while walking a trail close to the edge of canyon made me a little nervous, but the views were worth it.

Luckily, there was a loud prepubescent boy walking on the same trail with his family, so all that made me nervous was watching him walk too far out onto the cliff’s edge.

After noticing trees with scratched and worn away bark, I began to realize that Yellowstone may be the first place I have ever been to that has been shaped just as much by wildlife as it has been by humans.

If you look closely, you may seem some hairs sticking to these claw marks. Philip and I assumed at the time that it must have been grizzly bear hair, but it could have been brown bear or even another animal altogether. I like to think it was grizzly though. 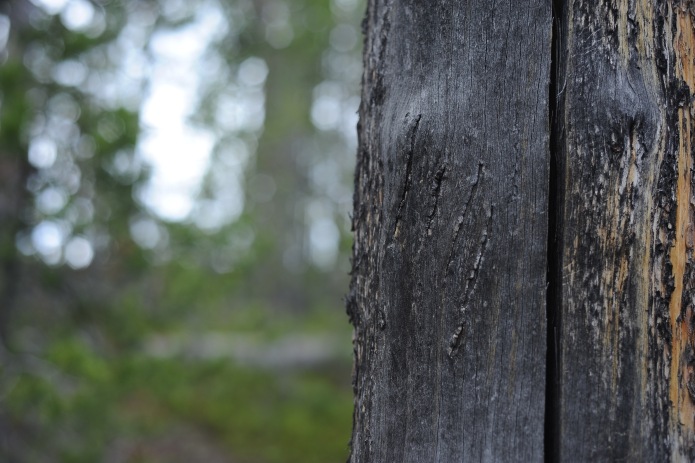 Later, we would learn from my friend Kate that the larger markings were most likely created by a horned animal like a bison or male elk.

We also saw some tracks! A Google search leads me to believe that these are Bison tracks, feel free to correct me in the comments!

As we followed our trail loop away from the canyon we entered a wooded area towards Clear Lake. And of course I had to stop to take some pictures of the wild flowers.

It was pretty marshy where we were headed.

We could see the natural gases bubbling underwater. And when we arrived at Clear Lake, the water was a vivid turquoise blue caused by chromatophore bacteria.

I really liked the driftwood on the beach of this small lake. Philip and I sat for a minute on one of these logs but were driven away by the pungent sulphur smell.

Shortly after, the landscape changed completely and we walked along an ashy white plane with very little growing. We walked past this hole in the ground and listened to what sounded like boiling mud. We tried recording the sound but it was too hard to capture the fullness of each plop.

Overall, it was an amazing first day in Yellowstone National Park!